The four-leaf clover is one of the most recognizable St. Patrick’s Day symbols. Traditionally, a clover leaf has three leaflets and 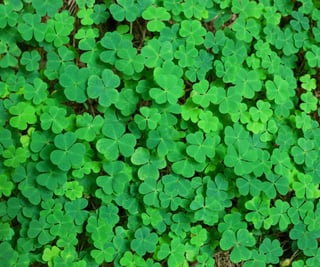 when a lead has four leaflets, it is thought to bring good luck. Here at Weed Pro, we wanted to pass along some good luck and smiles to you this St. Patrick’s Day with some four-leaf clover, and other St. Patrick’s Day, fun facts!

This free guide will walk you through step-by-step everything you need to know when hiring a lawn care company. Learn what you need to look for by downloading your free guide below! If you're ready to compare prices for lawn care, make sure to visit our packages page to be able to compare apples to apples!