Here in Ohio, and particularly near the shores of Lake Erie, we deal with several swarms of insects, annually, but many of us use their names interchangeably, call them the wrong thing or are totally clueless to the real names of each type of insect. I grew up referring to one type of these insects as Canadian soldiers, and then a friend will use that term, but be referring to another of the three. And - adding to the confusion - Mayflies will sometimes be called June bugs, when June beetles are actually [colloquially] a category of insect and not a specific type of beetle.

So, today we'll look at these three common pests, sort out which bug is which, which bugs cause damage, and what (if anything) you can do about them! 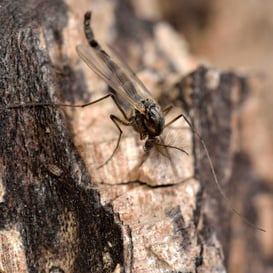 MUFFLEHEADS                 (aka sand flies, midges, Canadian soldiers, American soldiers)         Muffleheads look like large mosquitoes, and the males have very recognizable feathery antennae. While they're incredibly annoying in huge swarms, they do not bite or sting. Their droppings can damage paint, brick and other surfaces, and while a few here and there aren't a big deal, huge piles of these dead bugs can get pretty stinky! (Note that there is a type of fly called a biting midge, that causes an allergic reaction in humans, but Muffleheads, specifically, do not bite, though colloquially they are referred to as midges) You can blow them away, sweep them, hose them, whatever you choose to keep them at bay. If you're headed to Cedar Point any time soon, keep your mouth closed on those coasters. They have a short life span and will be gone soon enough! 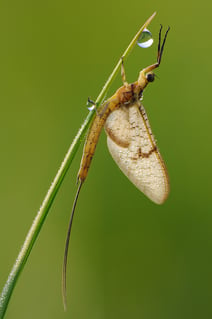 MAYFLIES                                (aka fishflies, shadflies, lakeflies, blind mosquitos, June bugs, Canadian soldiers, midges)                       Mayflies are totally harmless insects that begin to emerge along the shores of Lake Erie at the end of May through June and sometimes into July. Mayflies do not bite - they have no mouths. And they do not sting - they have two long, skinny tails that alarm some who think they are stingers! But the truth is Mayflies emerge from the lake only to reproduce, and die soon after mating, with a total adult lifespan of 24-72 hours! Your best bet to combat a Mayfly hoarde is a broom or leafblower! You don't want to hose them, UNDER ANY CIRCUMSTANCES! Wet Mayflies smell worse than a dead walleye, rotting in the Summer sun! Keep your lights off at night, and just bide your time - they'll be gone soon enough! 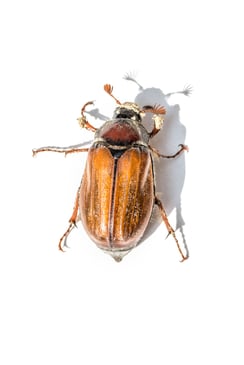 If you need more information about how to control insects or pests in your yard, please contact us at any time. Weed Pro offers Flea and Tick Prevention Services, Home Pest Prevention Services, and Grub Control Treatment. Click below for a free, no pressure, no commitment quote today!